Actually, we don’t recommend anyone to use 30K Income and have added them to the Blacklist because of the numerous complaint we received. Find out why to be especially wary of dealing with this unauthorised individual and how to protect yourself from scammers. But, after knowing the fact that the 30K Income is a scam, if you don’t want to find out more details on it, but instead want to find out the best auto trading software, then you can click this link:- https://scamea.com/auto-trading.

$30K Income is a blatant scam and a shame in the Forex industry. They use fake trading results, uncorroborated claims and many other things to promote the vice. 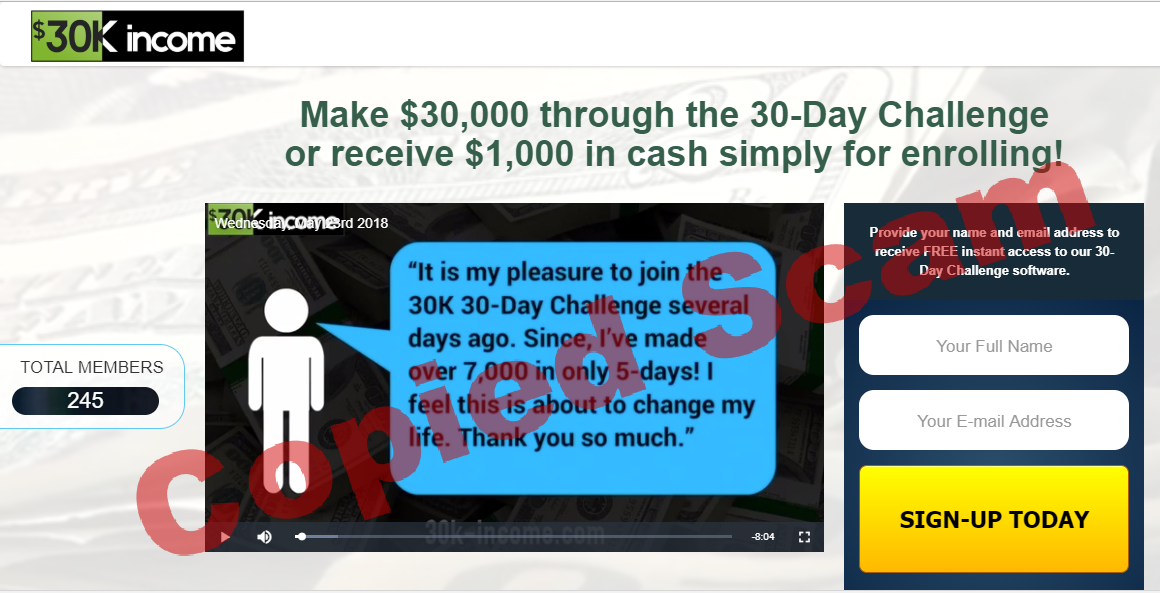 We needed to warn investors immediately we came across it. This is the joke of a century and a work that only charlatans specialize in. If you got the message, it means that you are an open-minded person. We collected a few forex software, then tested them before recommending them to people like you. Go ahead and use them.

Look at what these internet crooks have done this time round: they’ve simply replaced 30K-30Day Challenge with  30K Income to create confusion, although the former still exists.

These two websites are spammy to start with. This anonymous individual is selling a clone robot which he says will make you $30,000 monthly income for doing absolutely nothing.

These guys promised the same exact figures in their 30K 30Day Challenge promotion campaign. Did that software make anyone rich in the process? You can bet that those who fell for it lost all their hard-earned monies.

Therefore, 30K Income is not any different from its copy-cat version. It is an undeniable fact that this website is using the same theme as 30K 30Day Challenge website.

They also share the same methodology, same fake names, only the pictures change. This website is considered the laziest of scams on the internet.

Holy crap, a faceless con artist on the internet can never sell a genuine product. This thing which they call ground-breaking technology is such a bogus robot.

30K-income.com was not able to give us sufficient information concerning this product.

We find it both humorous and annoying. For example, when the claim of using ”Super-Fast Global Positioning technology” to place winning trade. That this app using cutting-edge methods legally and ethically beat the markets to consistently make at least $1375 per day. How on earth could this thing have such massive power when the owner seems to be a broke dude looking to earn an extra buck by conning people on the internet? 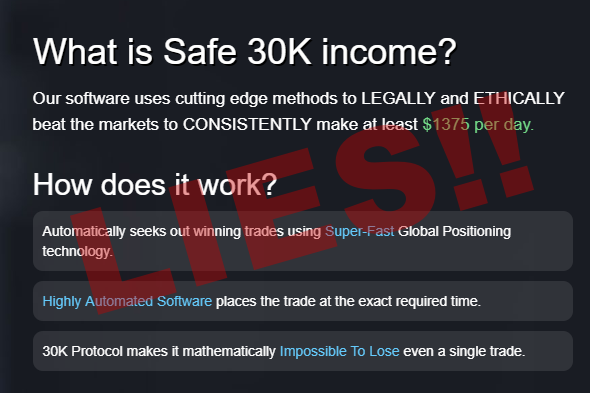 Who is Joey Altair

We doubt if a man named ‘Joey Altair’ who also owns a successful robot called 30K Income exists anywhere in the world.

Moreover, we find his claims quite ridiculous. No one can believe him when he says that he will be giving users of 30K Income if the failed to make money from this app. If this were the case, you wouldn’t be asked to fund your account.

Just in case you don’t know, this name Joey Altair has featured in a couple of other binary options rip-off systems on the internet. In each instance, the use a different image to represent. In the case of this 30K Income the picture used to represent Joey Altair is in fact a stock photo. 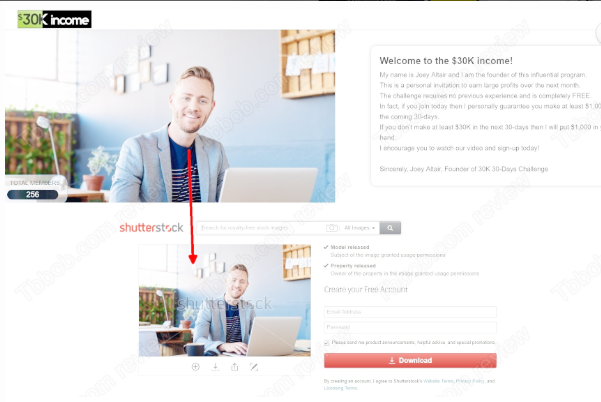 Who is the scam broker

At first, we thought that this system had nothing to do with trading. But we later realized that these folks have a contract with NY-Fintech — an offshore broker.

Also, while signing up to this skewed deal, 30K Income in conjunction with NY-Fintech will require you to input your phone number. If you go ahead and give them your phone number, they will start bombarding you with numerous calls which coerce you into making a deposit.

Most people fall prey here because scams like 30K Income system only work with skilled telemarketers. You won’t beat them in their own game since they only work with people whose voice drip of honey.

They will make up all kinds of crazy stories just to make you deposit some money. As soon as you give in then you will be treated like a crap.

While you may think that the 30K Income is an obvious scam to all traders, this is not the case. Newbies are known to fall for such tricks which should be obvious to you. We are therefore appealing to everyone out there to stay away from this money-stealing scheme. If you want to make money trading automated, use these robots instead.